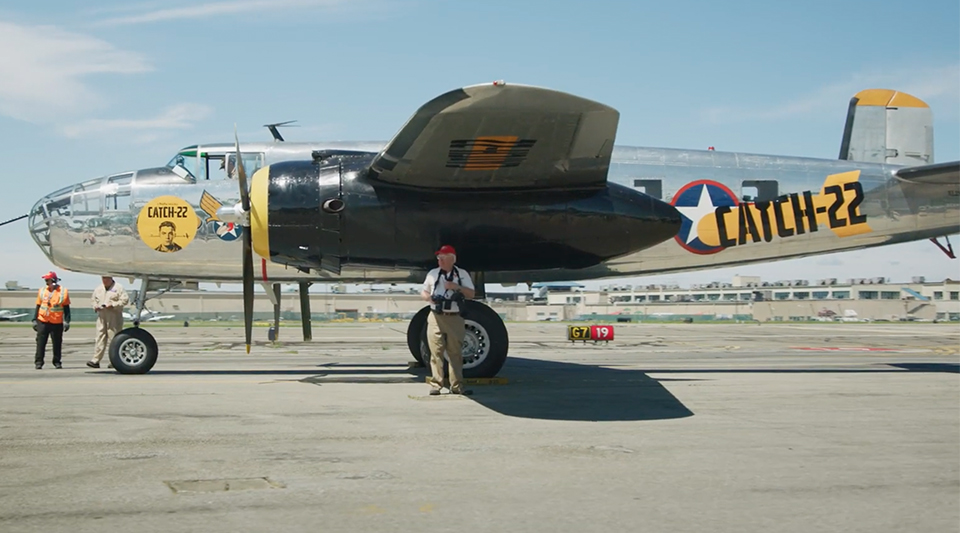 When Catch 22 asked us for something BIG... we delivered! 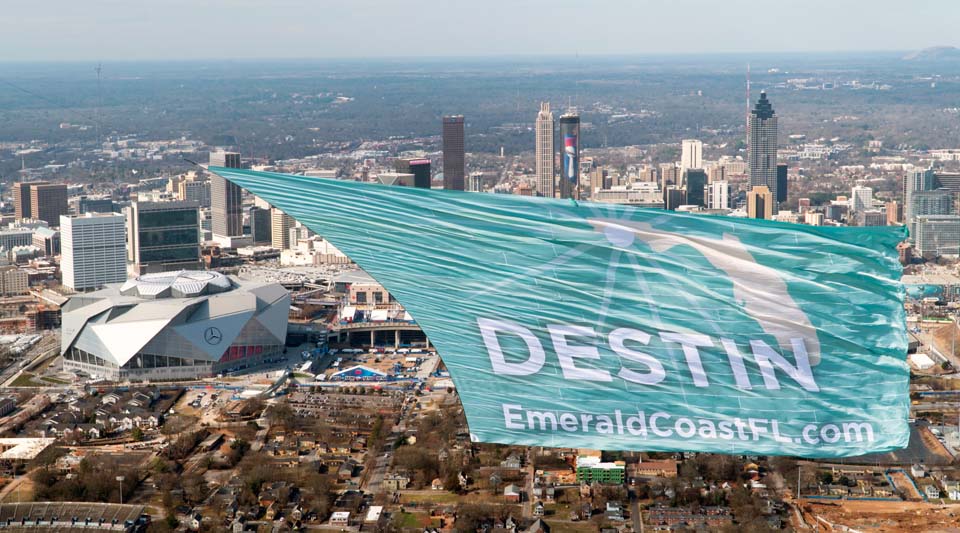 As the New England Patriots and Los Angeles Rams battled it out on the football field on Sunday, February 3rd, 2019, there was no competition in the skies over Atlanta this weekend. An aerial advertisement nearly the length of an NFL football field owned the skies for the 150,000 out-of-town visitors and more than a million people that attended events related to Super Bowl LIII. That is why Emerald Coast Convention & Visitors Bureau opted to fly their message reminding families where their next vacation should be. 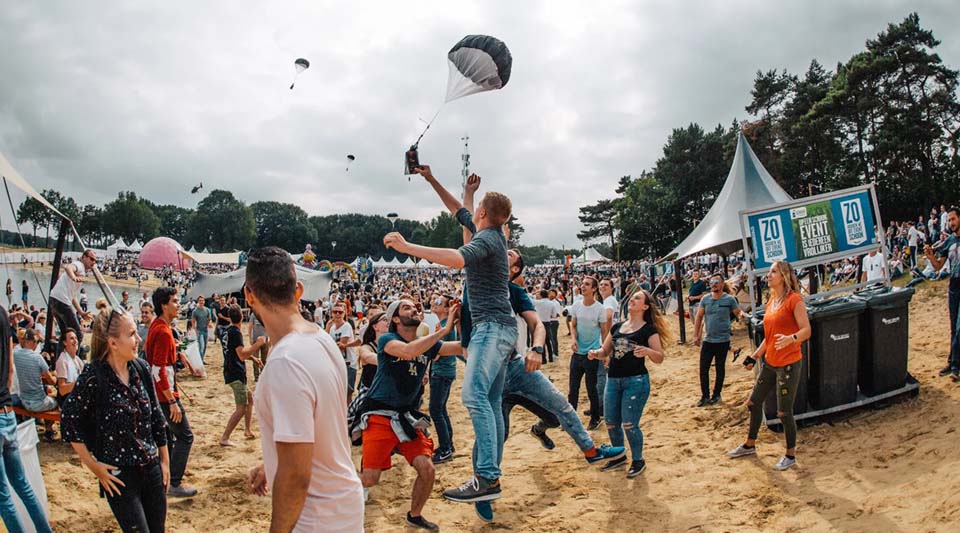 Café Royal surprised visitors to the "The Flying Dutch" music festival in Eindhoven with a completely new way of product sampling: matching the name of the festival, coffee capsule product samples flew down from the sky on parachutes. 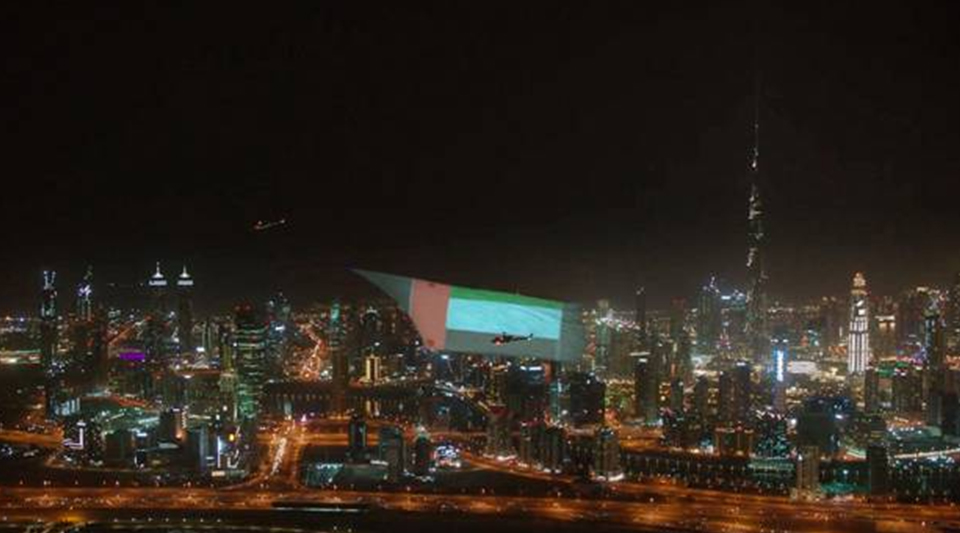 The largest aerial projection screen took to the skies in Dubai and into the Guiness World Record book. The record-breaking feat was set by real estate developer wasl Asset Management Group in celebration of the Year of Zayed. 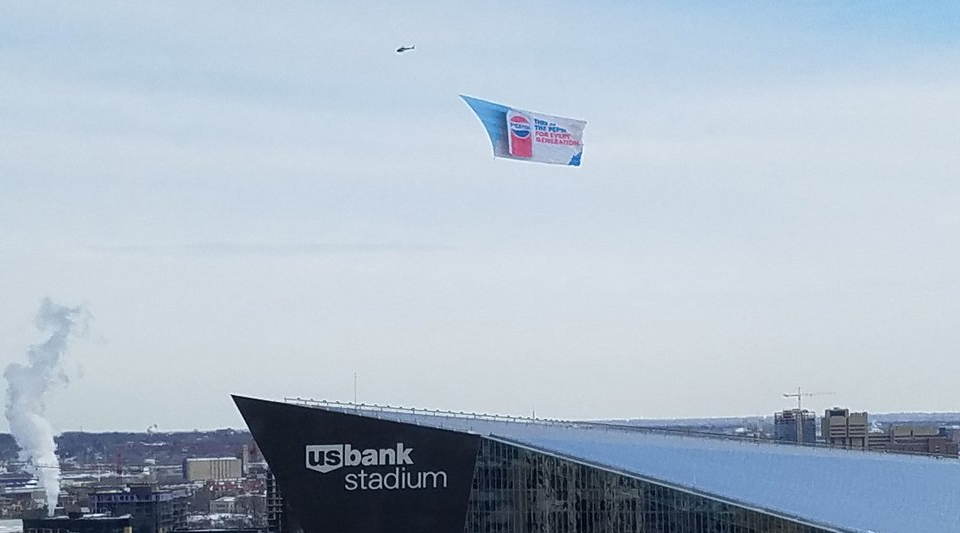 At Super Bowl LII, you only needed to look up to know that Remarkable Media owned aerial marketing at the event. With an advertising message digitally printed in HD quality on a 20,000 square foot banner towed by a helicopter. 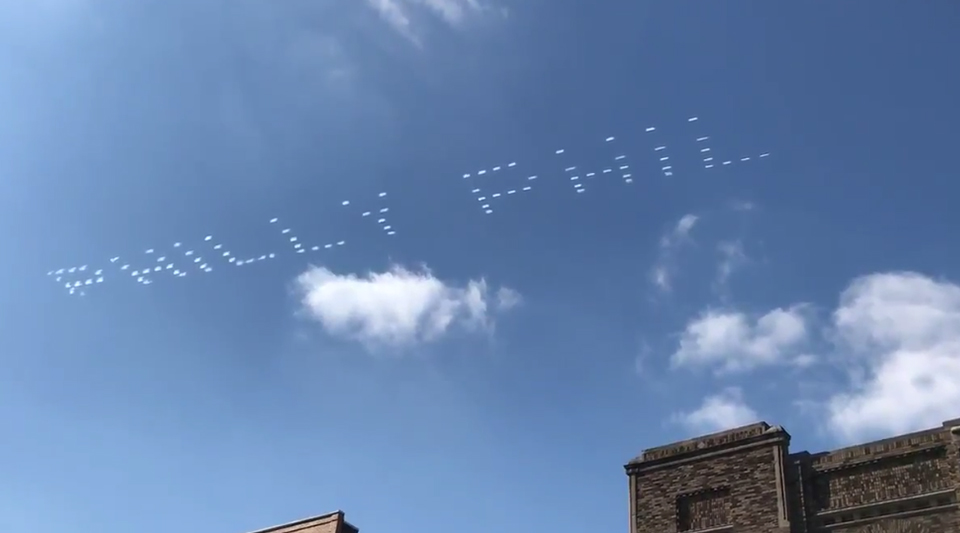 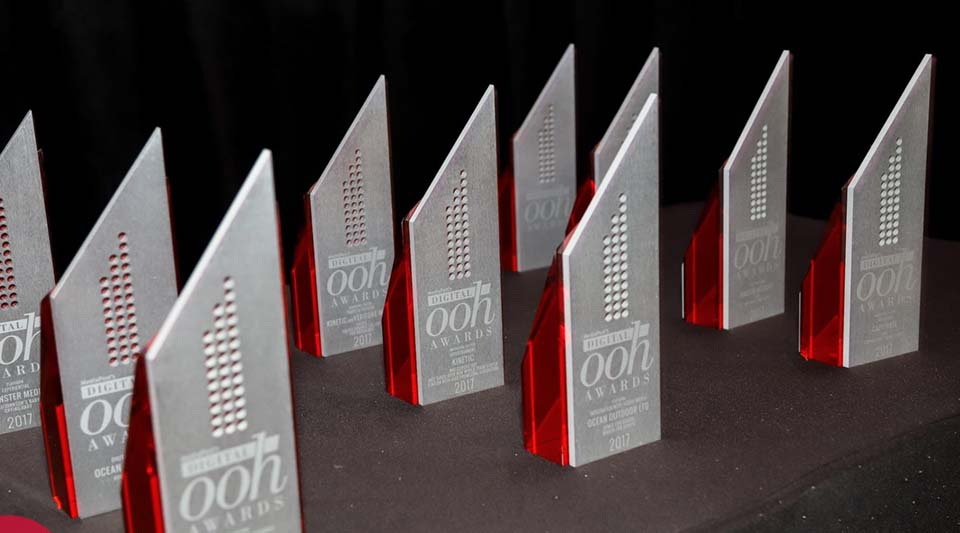 Australia's Remarkable Media has taken out Best in Show at the MediaPost Digital OOH Awards for its record breaking digital flying video screen to promote the MTV Video Music Awards. 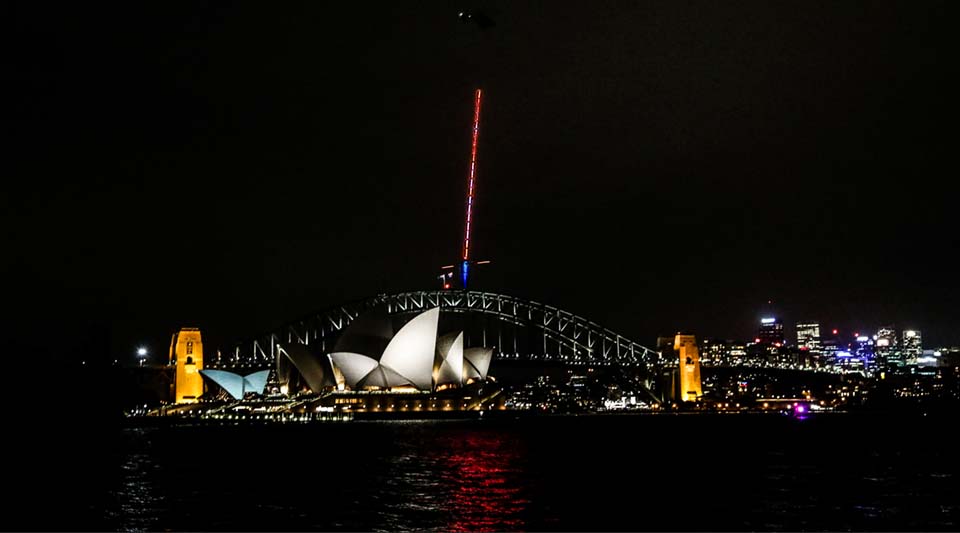 The force was strong with Sydney on Tuesday. In a one-off moment that'd make a porg... roar?, a giant red lightsaber flew past the Sydney Opera House on Tuesday night, to promote the Dec. 14 release of Star Wars: The Last Jedi. 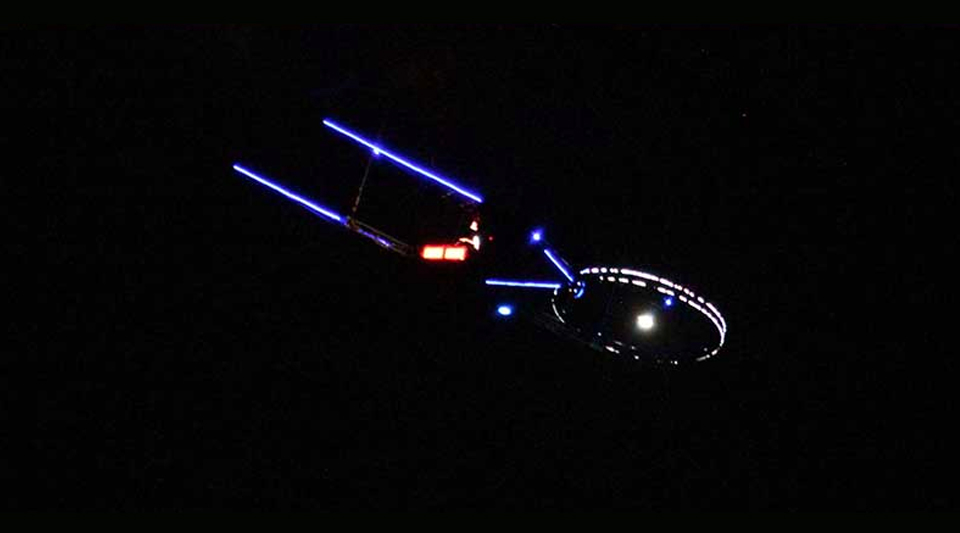 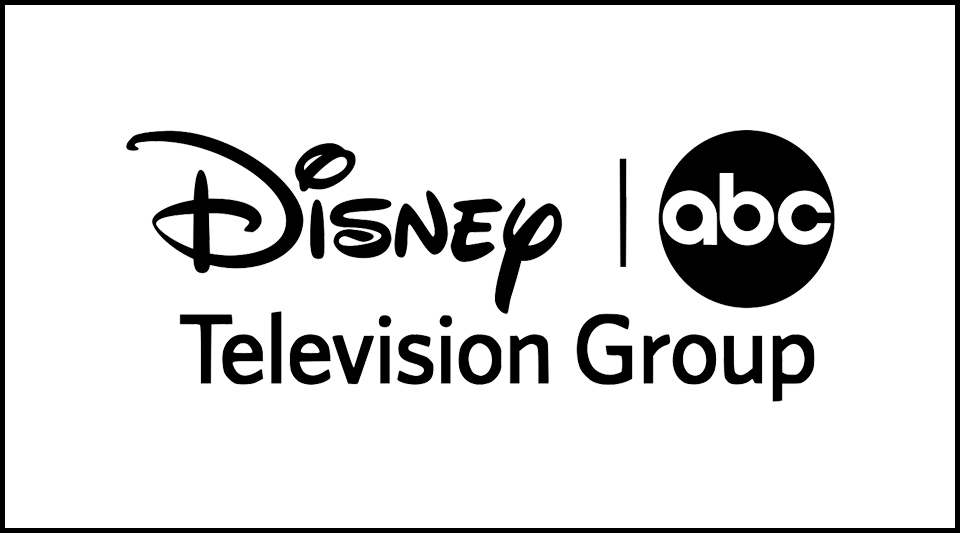 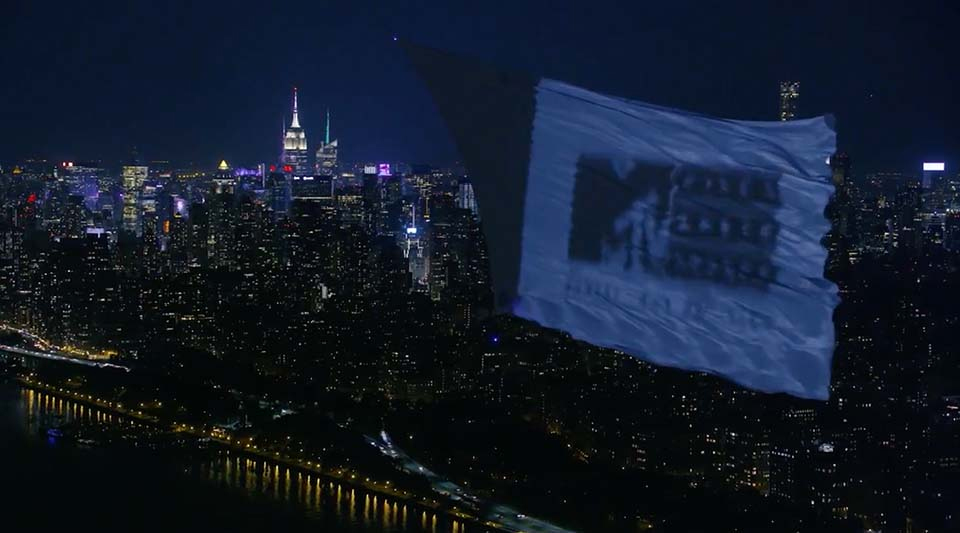 If you watched the night skies over New York City on Wednesday, you might have seen a UFO. It zoomed over the Hudson River like a colossal ghost—a ghost that looked like Ariana Grande. 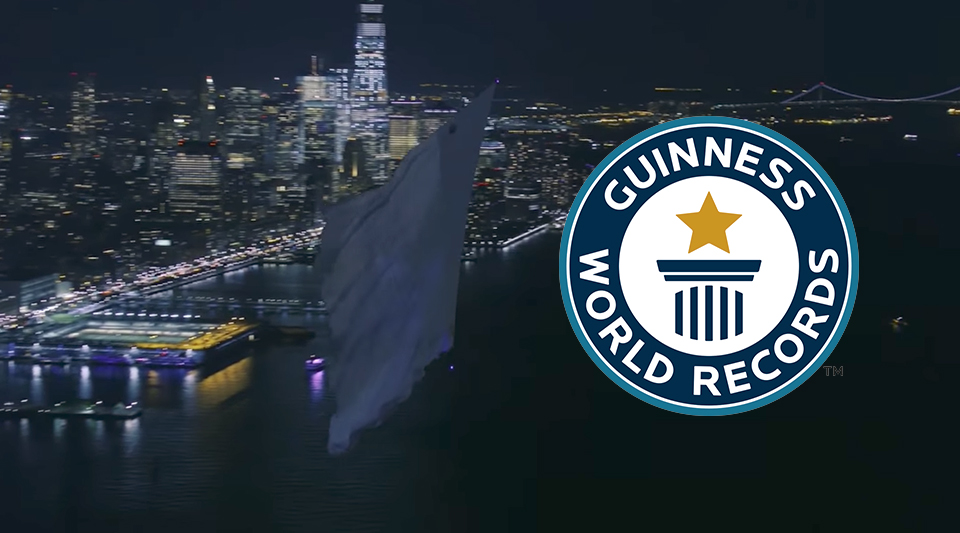 MTV has set a new promotional bar for its colossal introduction to the Video Music Awards, officially snagging the record for the largest aerial projection screen.